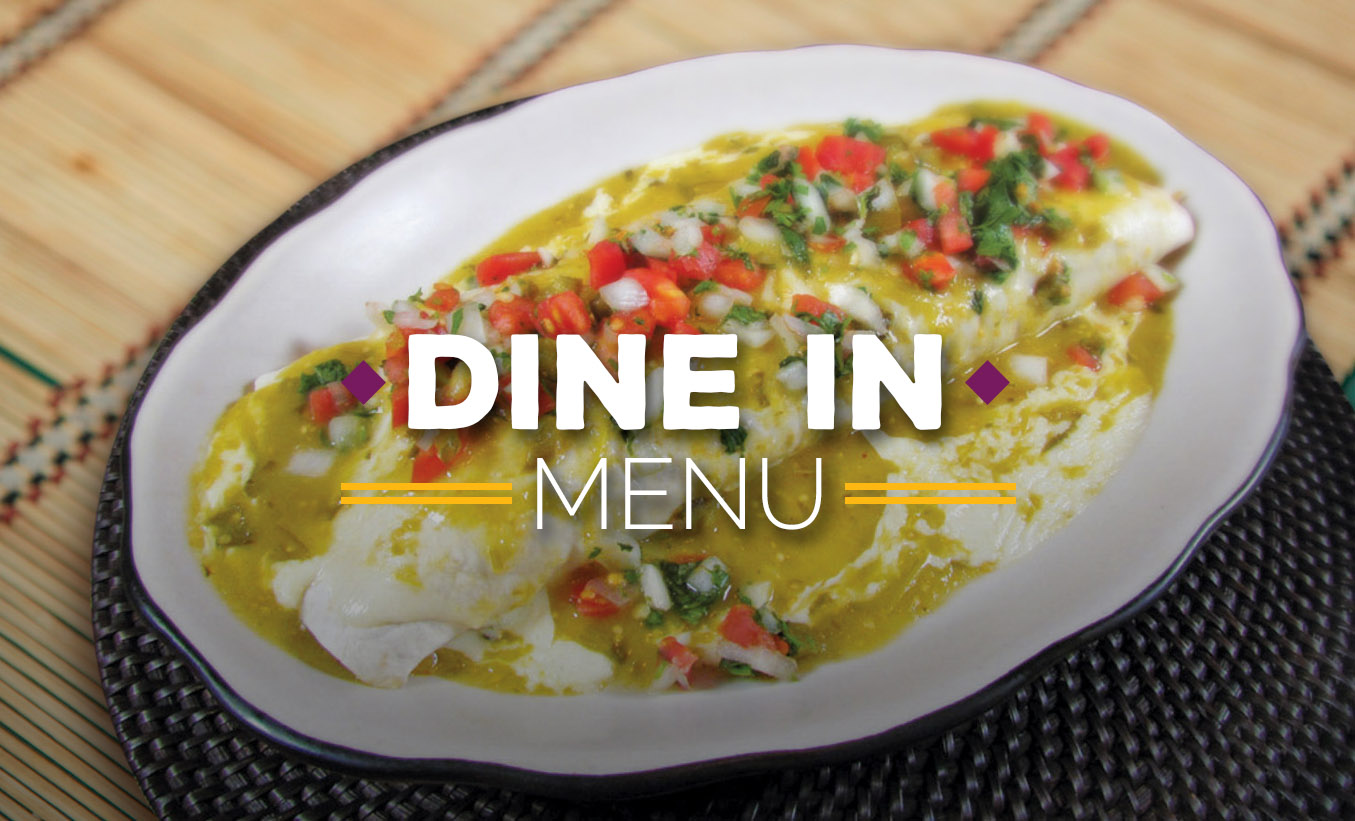 Choose from our menu:

Cancun especial 22.99
Consisting of two slices of chicken, a piece of steak and Mexican sausage. Served with rice and beans, avocado and tortillas.

El Grillo grande 16.99
One chimichanga, one chicken quesadilla and one taco, served with rice.